Who would expect the island of Key West to be the inspiration for the start of world famous airline? The history buffs frequenting Kelly’s Caribbean Bar, Grill and Brewery have come to expect inquiries about this special designation. Pull up a bar stool, order a brew and hear more about the unexpected. 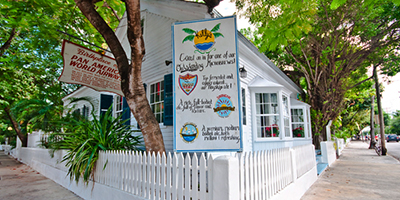 You come to expect a rich history of pirates and scoundrels when you visit Key West. Museums document the island’s early days of salvaged treasures and a thriving sponging industry. Key West’s past was populated by eccentric personalities, authors and playwrights. When you visit their homes and you sense their inspirations.

From an unobtrusive white house with green shutters on the corner of Whitehead and Caroline Streets, the high flying idea of Pan American Airways was birthed. Under the operation of Juan T. Trippe, on Oct. 28, 1927 the first scheduled air mail and passenger service flight between Key West and Havana, Cuba made international flight history. 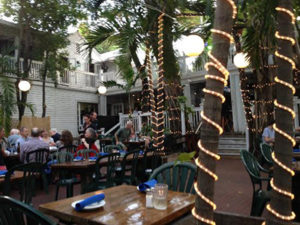 The legendary airline may have not survived its subsequent expansion to be a global airline, but Pan Am World Airways continues as one claim to fame for Kelly’s. The other brush with fame is in the personage of the establishment’s namesake, actress Kelly McGillis. No telling who you’ll run into at this popular establishment. 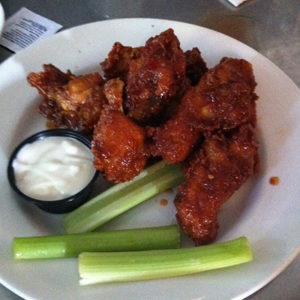 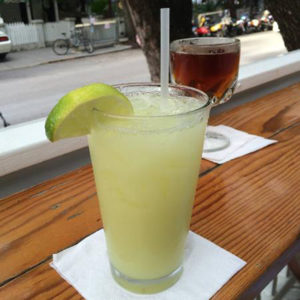 You’ll loose track of time at one of the best Happy Hours on the island. Once you’ve sampled the stories and libations at Kelly’s friendly bar, ask for a table under the stars on the tropical garden patio. Outdoor dining is one of the best pleasures of Key West living. And food always tastes better in the open air. 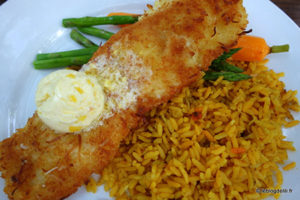 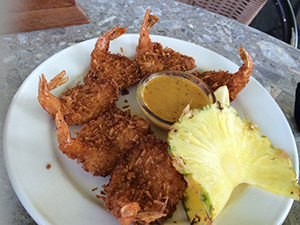 With menu offerings including the fresh local Key West Catch of the Day, Center Cut Filet Mignon, and Pork Kingston marinated in Red Stripe beer, how will you decide? Kelly’s new chef, Rebecca White, ensures any choice you make will be the tastiest one. While you think it over, be sure to order their signature appetizer, Coconut Shrimp with Down Island Pineapple Dipping Sauce. Yum! 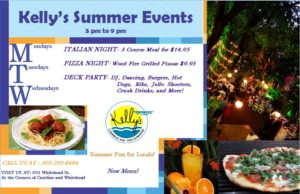 This Summer, there is always something happening at Kelly’s Caribbean Bar/Grill. Fun summer events inclu
de Monday’s Italian Night, Tuesday Pizza night, and wait til Wednesday for the Deck Party with a DJ, dancing, burgers and dogs. 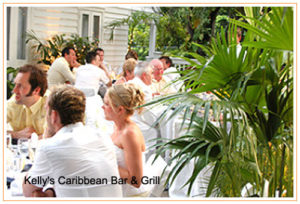 Think of Kelly’s as a great venue for a wedding celebration, private parties and large groups on the upstairs deck.

Come to Kelly’s and make your own history!