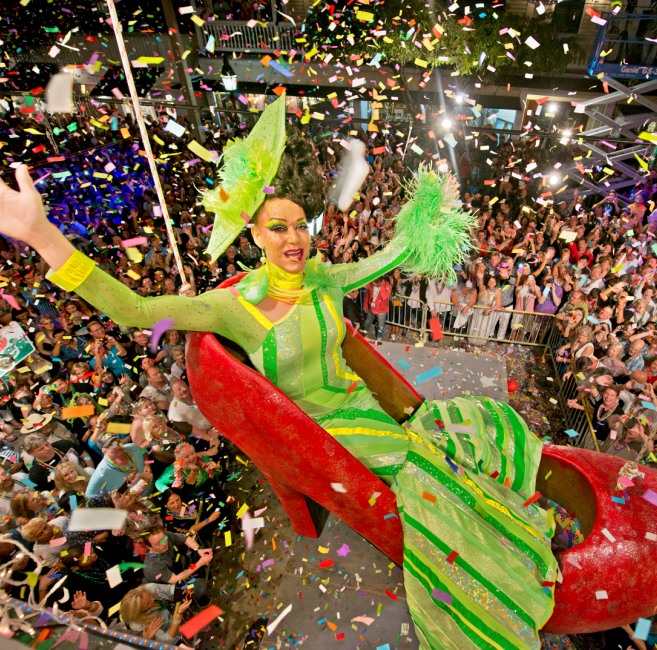 Noon on Saturday. Join the locals as they are walked by over 200 Dachshunds while accompanied by a Chihuahua flash mob! This parade marches down Fleming Street and up Duval to Southard street, then down Whitehead and back to the KW Courthouse.  This is a hilariously cute spectacle that you won’t want to miss! Bring the kids to this family friendly New Year’s Eve DAY event.  Line up at 11:30am on Saturday on either Fleming or Duval St. to view the parade.

2. LOWERING OF THE PIRATE WENCH AT SCHOONER WHARF & DOCKSIDE ON SCHOONER AMERICA 2.0 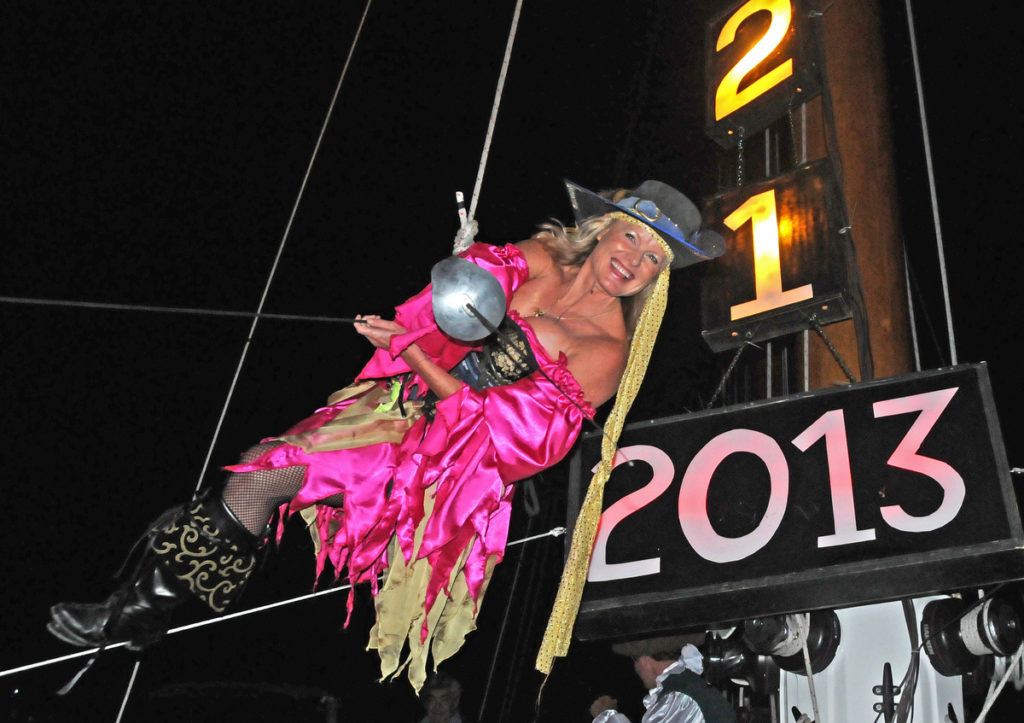 Evalena, Owner of Schooner Wharf Bar, dressed as a Pirate Wench will be lowered from the mast of Schooner America 2.0 next to Schooner Wharf Bar at the Historic Seaport. This crowd will be the most well behaved and enjoying lots of live music and the soothing view of the boats on the water. Walk or bike on the back streets to get down to the Seaport. 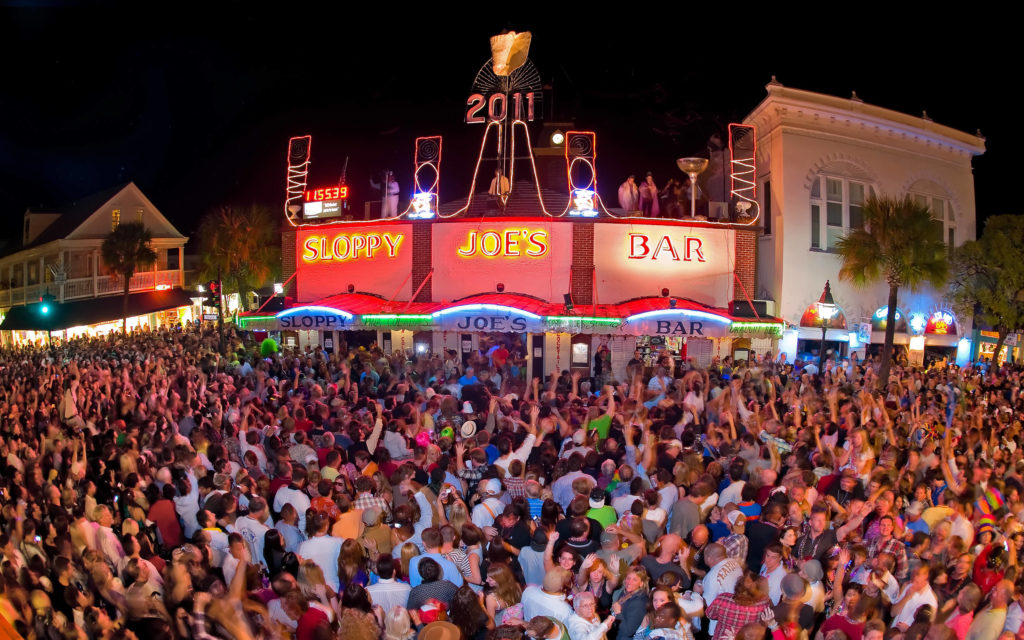 Party like it’s 1999 in the Key West mosh pit of lower Duval Street in front of Sloppy Joe’s as they lower the Conch Shell.  This is the craziest and most rowdy venue, located in the 200 block of Duval at Greene Street. You need to be really brave to be in this crowd! Walk down Simonton or Duval to get to this venue.

This is the most hysterical drop on Earth and only in Key West! Sushi the Drag Queen lowered in a red stiletto at midnight as seen on CNN with Anderson Cooper & Kathy Griffith.  This venue is all about glamor, fun and performance and is the easiest to get to as it is on upper Duval at Petronia streets.  Enter from upper Duval, Simonton or Whitehead Streets.

No matter where you decide to ring in the new year, you’re sure to have fun and be entertained!