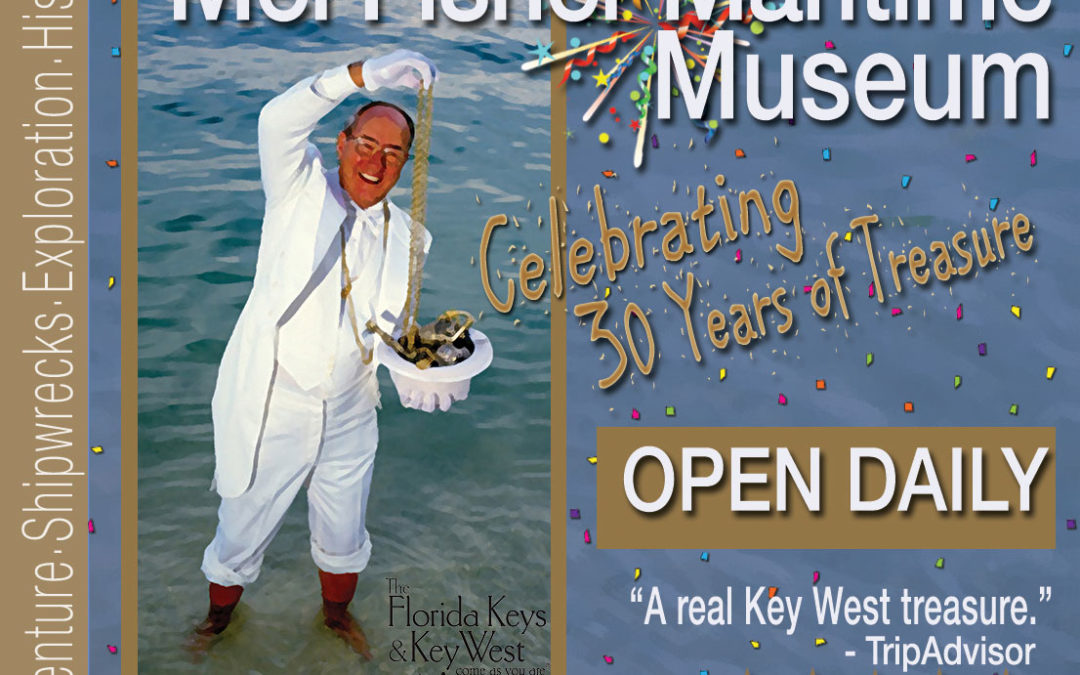 What do you hear when you combine a dreamer, a doer and an eternal optimist? You hear the famous quote, “Today’s the Day at Mel Fisher Treasures!”

Was he a modern day 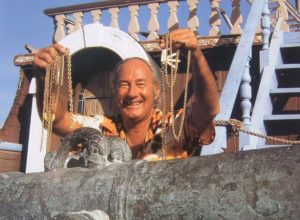 pirate or a man on a mission? You could hear it argued in Key West barrooms either way.

What is never disputed is Mel Fisher’s legendary discovery of the long sought after treasure obscured on the ocean floor after the sinking of the Spanish ships, Nuestra Senora de Atocha and Santa Margarita during a hurricane in 1622.

Mel Fisher’s optimistic attitude, displayed on t-shirts worn by his salvage crew exclaimed the message, “Today’s the Day.” He knew his persistent efforts would lead to finding the enviable treasure. Why not today?

When the Spanish galleons sank, the cargo on the ships’ manifest listed 47 tons of gold and silver bars mined from Peru, Mexico and Colombia. Such bounty was certainly worth the 300 year search. But why after all that searching was very little of the treasures found?

It took a contemporary historian, mining through 17th century documents in Seville, Spain, to discover the true sinking point of the wreckage, more than 100 miles from the spot salvagers had been searching for years.

Success for Fisher and his crew was more challenging than just knowing where to look. In the 1970’s, a few gold and silver bars were discovered, along with some gold chains, coins and ancient navigational devices.

Several feet of sediment obscured the likely spot of the major treasure trove. Mel Fisher would not be denied his treasure and implemented a controversial mining technique, disturbing the ocean floor until finally, in 1985, uncovering the long awaited haul, “The Big Pile” as it was called.

Adding to the sweetness of the discovery was the untold cargo the ship was carrying, gold coins and precious rough emeralds; items smuggled aboard and not listed on the ship’s manifest. Even today, more discoveries are being made. 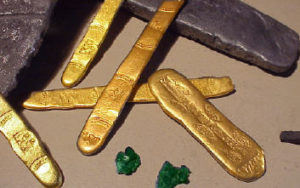 Now you have the opportunity to lay eyes on some of the precious cargo retrieved by Fisher and his crew at Mel Fisher Treasures and Maritime Museum in Key West. Learn the history of the epic search, the tragedies and triumphs that marked Fisher’s years of work. Feel what it’s like to heft a solid gold bar. The fascination will last long after your museum experience, and you too will become a Mel Fisher Fan.

Mel Fisher, the legend may be gone, but in Key West legends never die. They just grow more celebrated. Coming up July 9-12, Key West honors and celebrates the legendary man, The World’s Greatest Treasure Hunter, and his place in Key West history during the yearly festival of Mel Fisher Days. On this, the 30th year anniversary of the discovery of the Mother Lode, enthusiasm for the event keeps growing.

Weekend long events include seeing the 100′ treasure salvage vessel, JB Magruder at the Dock Party, and meeting some of Fisher’s original crew members as well as current salvage crew. Party at the Pirate’s Ball, and schedule an exclusive tour of the private conservation lab on Greene Street. Go on your own land based Treasure Hunt for a chance to claim a chest full of $5,000 in silver dollars.

Be sure to check out all of the Mel Fisher Days events here: http://melfisherdays.melfisher.com/

Discover the allure of the man and the sought after treasure!